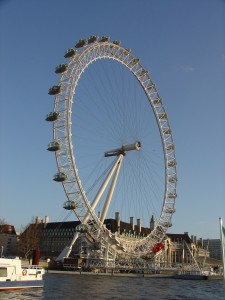 Living in the West Country, I most often go to London by train, either to Waterloo or Paddington. To go to Waterloo I embark at Bradford on Avon, on a train that takes me straight to the cultural riches of the South Bank. Well not straight there, change at Salisbury to connect with a train from Plymouth or Exeter and with frequent station stops along the way, consequently taking longer than the train from Chippenham to Paddington. A station more convenient for the Royal Academy, quicker rides with fewer stops which costs more than the journey from Bradford. Although going into Waterloo presents a more dramatic view of London’s twenty-first century skyline.

On the South Bank my first port of call is usually the Hayward Gallery. There I remember 1976 and the Arts Council Collection exhibition that included 4 Spheres and 4 Cubes, which was bought for the collection by Andrew Dempsey. When I am inside the Gallery, even now, I stand on the spot where my walnut sculpture was placed, revisiting a career best. A star sculpture, the resolution of which was the outcome of a ‘tutorial’ with Michael Kidner, at my studio in Pound Pill. 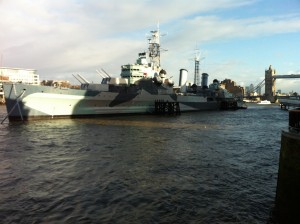 In days gone by, in the early evening, after work, we would drive to the Royal Festival Hall for African concerts – Salif Kieta or Ali Farka Toure. Or to the National Film Theatre to watch movies or to listen to movie stars, such as an elegant Tim Robbins wearing a very long overcoat.

More recently we were on the top floor of the Oxo Tower for a special lunch for Marlene, with her children and grandchildren, and afterwards we were thrilled, looking across London going around the London Eye.

Clink Street and The Golden Hind are not far away from Robin Greenwood’s Poussin Gallery, and  White Cube Bermondsey. A short walk from there to the Thames and HMS Belfast, on to London Bridge where Cameron Jenkins and I listened for a while to Nick Franglen’s 24-hour performance Hymn to London Bridge.

One February day I had never been so cold in London – a day when the wind was bitter. I walked from Paddington Station across the Park towards the Serpentine Gallery. Past the Triangle car park, where years ago, having parked there to see an exhibition in the gallery, my exit was blocked by a very clean and polished Range Rover, shifting backwards and forwards in an attempt to occupy a too small space. Drawing alongside I leaned across to the passenger window to give the driver a meaningful look – which, if it was read correctly, would signal my disdain for those who drive motor vehicles more useful to the Army and the Police and good for farmers, in the city. But the driver, smiling very sweetly down at us, was a vision! My ill feeling dissolved as I indicated, “After you Princess Di.”

Being in Hyde Park again brought to mind my first time there, in 1955. I had read that Epstein’s Rima was greeted with outrage when it was unveiled in 1916, the Hudson memorial became known as the Hyde Park Atrocity and was described as pornographic. The monthly nude photograph in Lilliput magazine was the closest I had come to pornography then. I was very curious and set off to see this sensation, to find out how could a sculpture in a public place be so described. 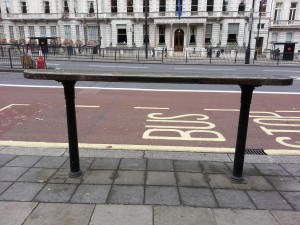 Beginning very early, when it was still dark, I hitchhiked from Sunderland down the A1 south to Hyde Park, to find Rima the Bird Girl. Having studied the memorial for a little while, I didn’t linger, even more confused I hitchhiked home.
Nowadays this ‘Hyde Park Atrocity’ is contained behind railings that are protecting it or protecting us – it is difficult to be close to this great relief carving, a sculpture of strong contrast and colour, made by the stone-carver’s Dream Team of Jacob Epstein and Eric Gill.

Another time I met with Ivor Heal in London, we had arranged to see the Penone and Richard Long exhibition at the Haunch of Venison Gallery (formerly the Museum of Mankind at the Bond Street end of Burlington Arcade). Penone and Arte Povera is also a blast from the past, a reminiscence of Italy; colour, warmth, sunshine and blue skies and heavy rain (sometimes), olive trees, stone buildings, animal smells and the hills and the mountains of southern Europe. 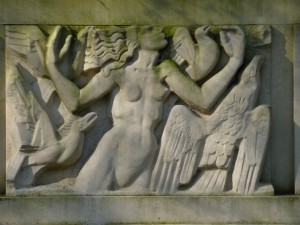 Has London changed or is it my age? The city looked in fine fettle – it is certainly more cosmopolitan, and more crowded.

In the fifties the pavements sparkled, the air was warm and the sky was midnight blue. I remember my surprise when I saw that London policemen were smaller than those in the North. Nevertheless their diminutive height did not inhibit their powers to stop and search me – very early one morning, the contents of my ex-Army rucksack dumped onto the pavement in Tottenham Court Road.

Lucky me! Within a few weeks I have spent one day in London and two days in Paris, privileged to see the work of three major European artists, all German by birth and international by reputation. Mega-ambitious sculpture and painting of presence, achievement and accomplishment that dwarfs most (or all) other living artists. At the Musee d’Art Moderne in Paris I saw Baselitz Sculpteur, and during my day in London, Anselm Kiefer ‘Il Mistero delle Cattedrali’ at White Cube Bermondsey. That was in the morning, and after fish and chips for lunch at Tate Modern – Gerhard Richter Panorama.  A perfect day out!

I’m tempted to write that I wasn’t thinking, but actually I was. Completely preoccupied with the wonders of the two German wunderkinds with whom I’d shared my London excursion, I had tucked my wallet into a deep and safe pocket of a coat, that admittedly I wore very infrequently. I alighted at Marble Arch; last stop for the number 30 bus and as usual set off walking along Edgware Road, going to Paddington Station. Now thinking about Islam – when I had a phone call that reverted to voice mail by the time I had my phone out of my pocket. The message left for me was that my wallet had been found in the Primark store at Marble Arch. I searched the pocket that was apparently not a pocket but the coat lining, and sure enough there was no wallet there. Money (only a £5 note), credit cards and rail ticket had gone.
Minutes later Marlene phoned me from home, I was well on my way down Edgware Road back to Primark by now, and she confirmed the earlier message. Primark had told her that Customer Services had my wallet.

As fast as I could I hobbled back to Oxford Street and pushed my way through the myriad of early evening shoppers into the department store, and up the escalator to Customer Services who were delighted to see me. Three happy people who quizzed me, “How could a Professor lose his wallet”?

As I had stepped off the bus, my wallet had dropped to the ground and amazingly was kicked into the entrance of Primark. Wow! Then picked up by the security guard at the door. I retrieved it intact – thank you Primark. This particular wallet had been brought into service on that day for the first time in years, it was hereafter, designated – My lucky wallet!

Quite recently I was In the north-east of England on another bus and I lost this wallet again! Borrowing money from my brother-in-law I returned crestfallen to Atworth. Remarkably the next day my lucky wallet was found, again intact, by the bus driver. It was eventually returned to me and then consigned to safe drawer, swapped for a wallet that has a chain and one that does not have an independent existence.