It appeared in the Wallsend Echo when I was in my first year at Wallsend Grammar School. During playtime a boy in my class showed me the announcement, a tiny paragraph cut from the newspaper. He had brought the fragment to school for that purpose. I was shaken to read that a decree nisi had been granted on the grounds of my father’s adultery, not because I understood a word of what was written nor the implications, but because something apparently shameful had been made public about my parents. 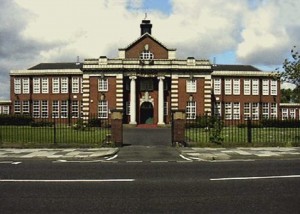 It was thus that I learned that I was the product of a broken home, of several homes in fact – Wallasey, Belfast, Sunderland and Wallsend. Marital accord was never evident during the few periods when my parents were both together with my brother and me as a family.

A few weeks before this took place, I was presented with the news of the impending divorce. My father ushered George and me into the front room of 363 – a room only used for visitors. It was my first time sitting on one of the best armchairs and we were instructed in no uncertain terms, “When you are asked which parent you want to live with, say Father.” This was a directive given without explanation and without further details. Later that morning, at the Magistrates Court, I did as I was told and thereby secured my immediate future, living with my father and my grandparents, (Margaret and George). This decision was taken without consideration and without making a conscious choice – although a tearful mother sitting in the courtroom did not present an attractive alternative. Neither parent was up to much. I seldom saw my father during the working week and at weekends he was either too tired at home or he was somewhere else with Isabel, my stepmother-to-be, showing little affection towards his sons. I felt something of an inconvenience.

My mother was even more disconnected from parenthood. Since the squalor of Carville Road – living in one room of someone else’s upstairs house, three of us in a dirty bed – I had seen nothing of her. Except once, waiting on the path as we were walking home from school, she thrust a box of chocolates at each of us. I knew instinctively that accepting these would lead to trouble; but willfully did not care, and proceeded to eat as many of the chocolates as I could before reaching 363. I was right, that very brief encounter with the “bad woman” brought forth rage from both my grandmother and my father.

When I was a Rome Scholar, living in AnticoIi, I did get a letter from my mother. Quite a surprise, after hearing nothing from her for thirteen years. It was a short note congratulating me on my Scholarship but it was too late. I was not moved and my response was negative; whether I replied or decided to ignore it I do not remember. 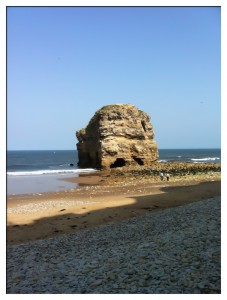 There was a short period when both father and mother lived together with my grandparents at Station Road, but not for long. It was evident, even to a boy of ten that all was not well and the poisonous atmosphere got worse the longer the antagonists stayed together. Reconciliation was not on the cards; there were only raised voices and unhappiness. Nothing good is remembered. I cannot recall one event or any occasion when mother and father and their two boys enjoyed an adventure, a visit, a holiday or even spending time together.

At quite an early age I was resolute that I would never inflict this trauma on my own children. I’m not sure how that resolution tempered the way I behaved towards my first wife and children, although for seventeen years of marriage I was faithful. This exceptional status, of course depends on your definition of the word ‘faithful’ whether it resides in thought, word or deed.

I have always thought myself to be a casualty of that initial combat zone, the one that was living with my parents, either together or separated. For that reason I determined to build for my children a secure and loving home: I failed in this. True, there were loving times, but not enough.

When my father’s campaign to introduce George and me to Isabel, his intended wife, got underway, some better stuff followed. Then it was all trips to the seaside, the cinema (with meals out) and even Annie Get Your Gun at the Theatre Royal!

With our new stepmother we moved as a family from Wallsend to lodgings in Sunderland, while waiting for strings to be pulled so that we could rent one of the new prefabs on the Springwell Estate.