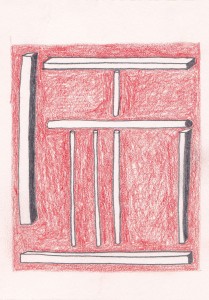 At the Royal College I made a very small sculpture based on the human figure, this was early on in my second year when I was struggling to find an authentic voice. The pose was legs apart and arms wide open – a personage inhibiting passage – made of plaster on wire and painted black. Ray Exworth, then in his final year, remarked on it, and after my trauma of being pushed off the Course at the end of the first year and brought back again into the second, I was very encouraged by Ray’s kindness. I made a larger version – over life-size. It was a declaration that I would not be ignored, the worst had happened and I had survived. Working in clay with a show of confidence, with nothing to lose, I took risks and began to invent forms that were equivalents, moving away from anatomy. Again with legs apart and arms wide open, this was a sculpture that was phenomenal. I had my first complimentary comments from the staff, Ralph Brown in particular, “It is almost an image,” he said. I recognised it as a sculpture after Richier and Giacometti. I did not keep this massive work as it relied for it’s support on an enormous back iron and without that external strength, whether in clay or as a plaster cast, it would have collapsed. Today I would have cast it and included the support. However I had made a sculpture that had created an impact, an image giving off sensations.

However, I consider that I have always had an interest in sculpture that needs to be looked for and then looked at – I prefer to consider presence rather than visual impact. I dislike sculpture that is shrill and cries out “Here I am look at me!” Work made to draw attention to itself. I favour sculpture made for thinking about; works that reveal themselves slowly, as Moore said, after time and as a reward for study. Re-visiting my Royal College thesis, the subject was Giacometti. Wherein I discussed the abundance of sculpture on the west front of Wells Cathedral, some 300 carvings that were at one time painted and gilded, many so high up that it is impossible to see them and most too high to see detail. Nevertheless we know that this great body of work is there, we are aware of the manifestation, of an investment of great knowledge, skill and creativity by hundreds of people, the result of years of work in the great tradition of Medieval Cathedral building. Sculpture that emanates an awe-inspiring presence, experienced standing at ground level. 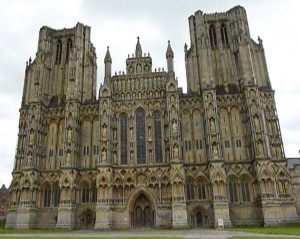 Encountering again sculpture that cannot be seen but is known, among the Lobi people of West Africa. In houses without windows, rooms without light, among the shrines of woodcarvings and clay figures, I recognised my image. Sculptures with outspread arms and legs wide apart, made to work against witches, to protect the home and the family, active in dark corners; sculpture that resonates with presence and gives off powerful emanations.