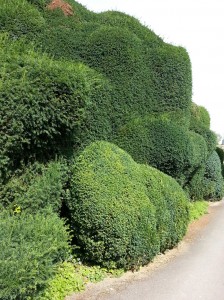 For more than five years I have been going to Corsham Court, Monday to Friday and often on Saturday and occasionally on Sunday. I work from about half past eight until just after twelve. On Saturday and Sunday the times are different, the big black gates from Church Square are open at ten. I walk along the Yew hedge up to the Blue Door, 10am is still early at weekends and there are no cars parked along the wall. In the mornings there is only Manny the caretaker, or Norman, a security guard, on campus. Visiting the State Rooms starts at 2pm, no concern of mine – or of the University.

Before the Yew hedge sits my favourite stone mounting block, one of several at the Court, and there are always peacocks. Perhaps not all 23 are gathered together, some are high in the Ginkgo tree, watching me. 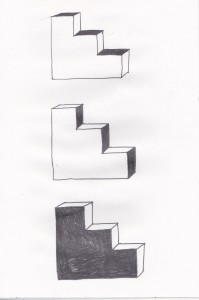 On this little walk to work I tell myself that I am the most remarkably fortunate man, to be here at Corsham Court once again, at the place where my sculptor’s life began more than half a century ago.

Presently I am in writing mode, well most of the time. But at least once every day my resolve wobbles and I tell myself that I might be better off doing something else. Making a sculpture or a print or a drawing, rather than racking my brains to transform half-remembered events into readable text. But then I ponder my last project, completed only a little while ago. Like so many other works it is wrapped and packed away, 500 small drawings will most probably never be seen all together, in my lifetime. So I write on – pages that may be a small book or could be text on-line with images and sound. Now that’s an exciting idea! Either way this literary endeavour will take up only a smidgen of space in my over-crowded world. 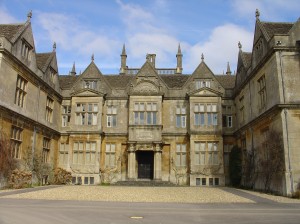 I spend a good deal of my waking moments struggling to remember events in my life that make it evident how I became such a peculiar person. When I sleep, I suppose I am rummaging around in my subconscious to prise recollections free from the deepness, so that they might float to the surface of my reminiscence. Often, when lying awake between sleeps, vivid occurrences play on the screen in my head. Depictions of long forgotten events and situations – friends and enemies, so crystal clear are they, that I am completely convinced I will remember every detail when the next day dawns. Only to find that the morning light has erased them completely, and try as I might the chimera will not return; that is, under my bidding. All I can wish for is that under their own volition these recollections will eventually reappear. So these chapters are peppered with those episodes or events that I am able to recall. There are matters here that need to be taken out of the box, to be revisited and perhaps resolved. It is that which is remembered that takes precedence here, even though I will concede, the reality may be entirely something else. The making of this work has its beginnings in the shoeboxes that sit at the bottom of our bedroom cupboards, the repositories of Christmas and Birthday cards, letters and postcards. The keepsakes collected during lifetimes, the documentation of a myriad exchanges with friends and relatives. And more directly the format of this composition has been prompted by my late friend B.S.Johnson’s ‘book in a box’ The Unfortunates, published in 1969, a few months before we met at Gregynog.